David Elijah Steele of Ashland, OR, was born November 29th, 1988, at Ashland Community Hospital, the first child to proud parents Paul David and Susanne Elizabeth Steele. David was a kind and fun-loving brother to sisters Christianne and Lauranna and younger brother Nathan. Baptized at Our Lady of the Mountain Catholic Church, David loved to participate in youth activities and church outings and felt a strong bond and belief in the Lord.

David graduated from Ashland High School in 2007, a stand-out member of the AHS football and rugby teams, and an avid snowboarder and wakeboarder. Building strong and lasting friendships, David was known for his goofy humor, genuine warmth and easy-going nature. Friends would be heard to say "David always made your day a little bit better", describing David as "strong guy, a funny guy, and a soft-spoken giant."

This strength of character led David to follow his life-long dream of becoming a firefighter. He joined Grayback Forestry as a wildlands firefighter and enrolled in Central Oregon Community College in Bend, OR, to study structural fire science and pursue his emergency medical technician certification. David was called to the Lord on August 5th, 2008, in a tragic helicopter accident following a Grayback deployment to the Shasta-Trinity National Forest where David's crew successfully and heroically defended a critical fire line in steep and rugged terrain. David was loved and respected by his family, friends and community and will be missed dearly by all.

David is survived by his father, mother, two sisters and brother, grandmother, Sally Steele of Ashland, grandfather Lloyd Steele of Talent, as well as grandparents Carol and John Endsley of Big Fork, MT, and many loving relatives and friends.

A memorial service is scheduled for Friday, August 15, at 4:00 PM at Our Lady of the Mountain Catholic Church, 987 Hillview Dr., Ashland.

A community memorial is also scheduled at the Ashland High School Walter A. Philips Field on Saturday, August 16, at 2:30 PM.

In lieu of flowers, David’s family would be pleased to have donations made to the Wildland Firefighter Foundation who have provided much needed support to the families of fallen firefighters during this tragedy and others, WF Foundation, 2049 Airport Way, Boise, ID, 83705, wffoundation.org 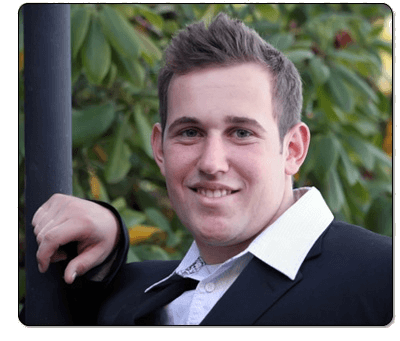